1. What is an atlas?
Ans: One map shows a small area and and a few facts. Another map may contain as many facts as a big book. When many maps are put together we get an Atlas.

2. What are the 3 types of maps. Explain each briefly.
Ans: The three types of maps are :
i) Physical maps: Maps showing natural features of the earth such as mountains ,plateaus ,plains ,rivers ,oceans ,etc. are called physical or relief maps.
ii) Political maps: Maps showing cities, towns and villages, and different countries and states of the world with their boundaries are called political maps
iii)Thematic maps: Some maps focus on specific information such as road maps, rainfall maps, maps showing distribution of forests, industries, etc .are known as thematic maps.

3. What do you mean by scale of a map .Explain with one example.
Ans: Scale is the ratio between the actual distance on the ground and the distance shown on the map.
For example ,the distance between your school and your home is 10 km. If you show this 10km .distance by 2 cm on a map , it means 1 cm on the map will show 5cm on the ground . The scale of your drawing will be 1cm = 5km.

5. What is North line?
Ans: Most maps contain an arrow marked with the letter ‘N’ at the upper right hand corner . This arrow shows the northern direction .It is called the North line.

7. What are conventional symbols. Draw some of them. 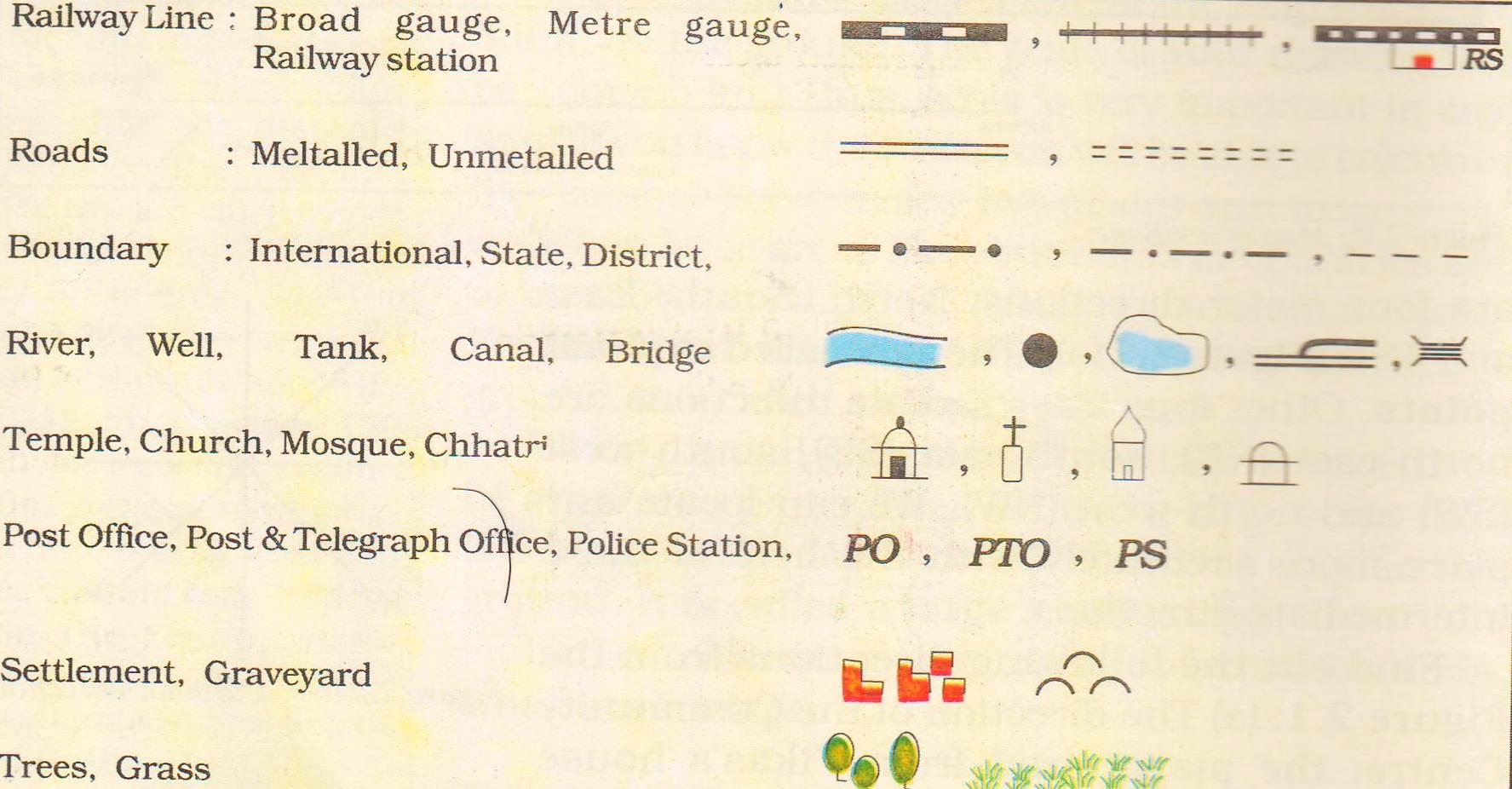 8. What is a sketch map?
Ans: A rough drawing  drawn without scale  is called a sketch map.