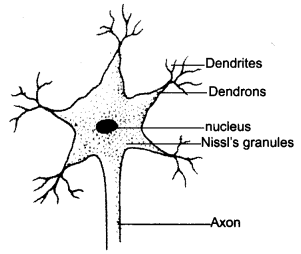 5. What is the difference between tissue and organ
Ans. Group of cells of the same type make up the different tissues of the organisms, e.g., muscle tissue. Several different types of tissues together form an organ, e.g., a stomach.

7. What is pseudopodia.
Ans.The projections of various lengths that are protruding from the body of the amoeba are called pseudopodia

11. What is nucleolus.
Ans. Nucleolus is a small, dense, spherical part within the nucleus.

12 Name any three elements which form major part of protoplasm.
Ans. Protoplasm is made up of compounds of carbon, hydrogen, nitrogen and oxygen.

15. If you boil a hen’s egg, what changes do you observe.
Ans. When a hen’s egg is boiled, a white material surrounds the yellow part. White material is albumin which solidifies on boiling. The yellow component is yolk.

16. What are the functions of the cell membrane.
Ans. It protects the cell. It provides shape to the cell. It allows materials to enter and leave the cell through the tiny holes.

17. What are vacuoles
Ans: Some blank looking structures found in the cytoplasm of the cell are called vacuoles

19. Draw a neat diagram of Amoeba 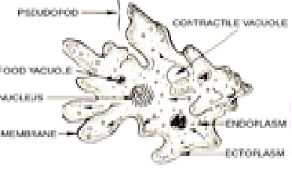