Point A lies on the given triangle ABC. It lies neither in the interior or the exterior.

2) (a) Identify three triangles in the figure.

(b) Write the names of the seven angles.

(d) Which two triangles have B as common? 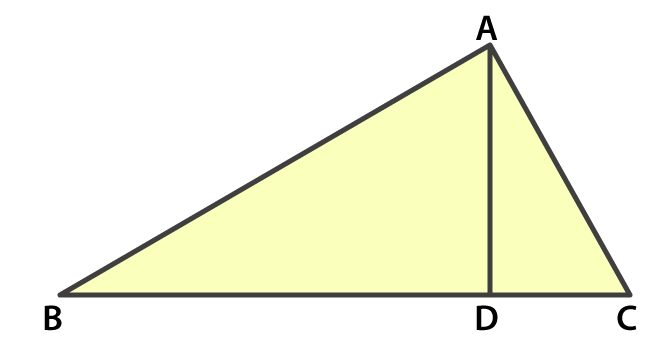