3. Describe a globe.
Ans: Globes may be of varying sizes and some may be big ones, which cannot be carried easily. Small pocket globes, and globes which can be inflated and are handy can be carried with ease. The globe is not fixed, it can be rotated the same way as a top, spin or a potter’s wheel is rotated. On the globe, countries, continents and oceans are shown in their correct size.

8. With the help of a neat figure show the important latitudes and heat zones .
Ans: 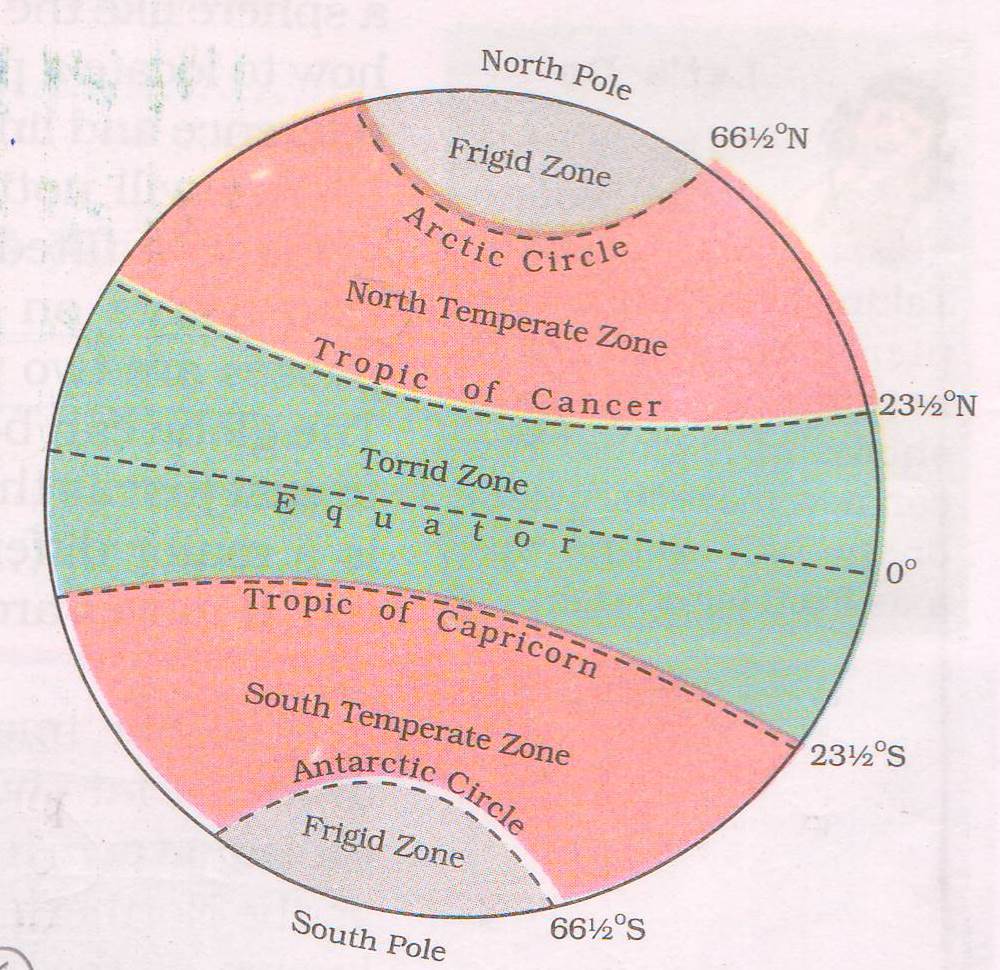 State what are the following :

1)  Axis – it is an imaginary line that makes the earth move.

2)  Equator– it is an imaginary line running on the globe and divides the earth into two equal parts.

4)  Tropic of Capricorn – it is a parallel of latitude at 23½0 south of the equator.

6)  Antarctic circle – it is a parallel of latitude 66½0 south of the equator.

8)  Temperate zone – it is the area between the tropics and the Arctic and Antarctic circles.

9)  Frigid zone – it is the area between the Arctic and the Antarctic circles and the north pole and south pole.

10)  Prime Meridian – it is the area from 00 longitudes to 1800 east and west it divides the earth into the eastern and the western hemisphere.