1.  India has unity in diversity. Explain what do you mean by this statement .
Ans: The lofty mountains, the great Indian desert, the northern plains, the uneven plateau surface and the coasts and islands present a diversity of landforms. There is a great variety in the climate, vegetation, wildlife as well as in the language and culture. In this diversity, we find unity that is reflected in traditions that bind us as one nation.

2.  On the political map given find the names of the 7 countries that shape the boundaries with India.
Ans: Afghanistan , Nepal , Pakistan , Bhutan , Bangladesh , Tibet , China. 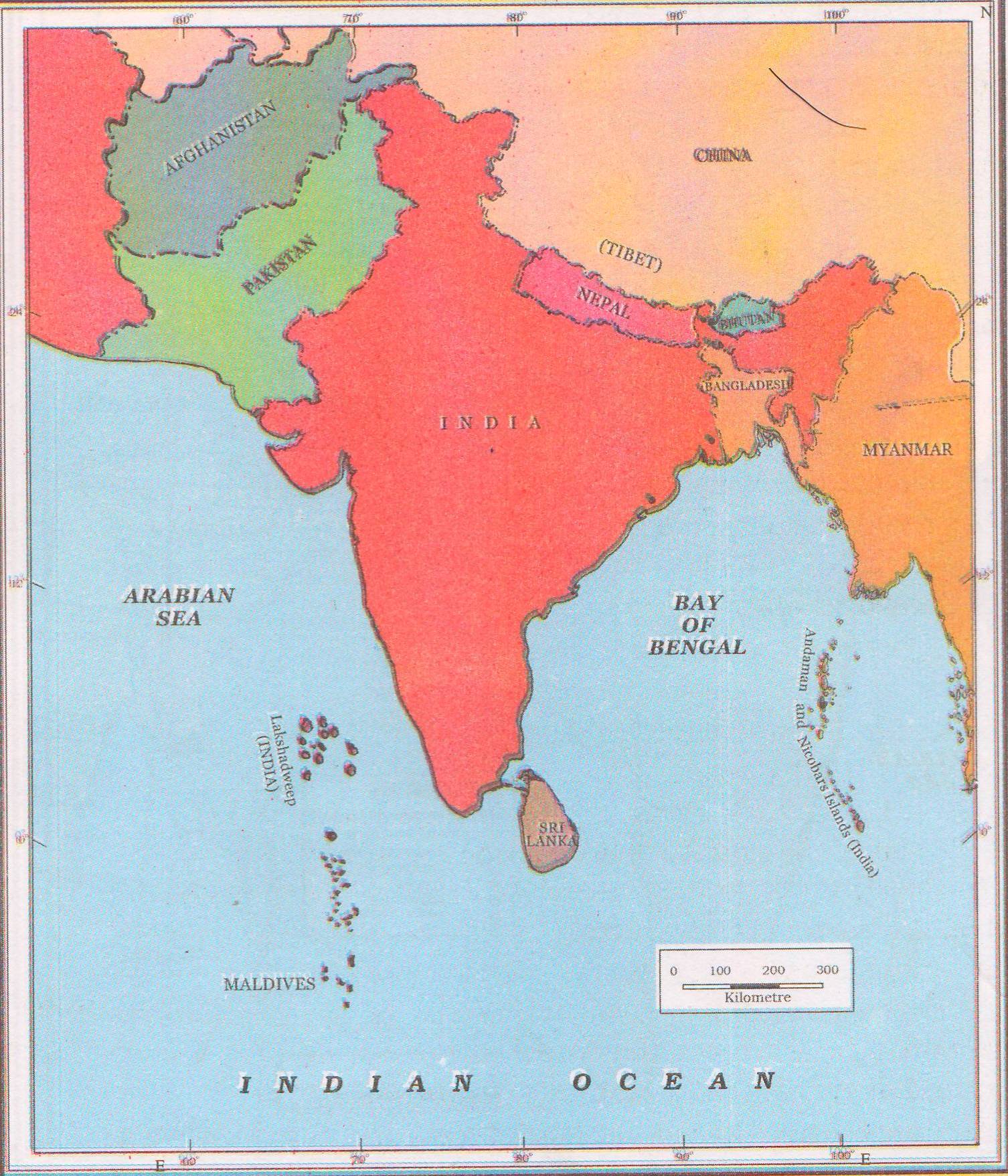 3.  Briefly describe the political and administrative division of India.
Ans: India is a vast country. For administrative purposes, the country is divided into 28 states and 7 union territories. Delhi is the national capital. The states have been formed mainly on the basis of language. Rajasthan is the largest state and Goa is the smallest state in terms of areas. The states are further divided into districts.

4.  What is Tsunami?
Ans: Tsunami is a huge sea wave generated due to an earthquake on the sea floor.

1. Peninsula: A piece of land that is surrounded by water. It is triangular in shape.

2. Island: A piece of land that is surrounded by water.

3. Desert: Desert is a dry, hot and sandy stretch of land.

4. Alluvial deposits: There are very fine soils brought by rivers and deposited in the river basins.

5. Tributary: A river or stream which contributes its water to a main river by discharging it into the  main river from either side.

6. Delta: An area of land formed at the mouth of the river. It is usually triangular in shape.

9. Tsunami: Tsunami is a huge sea wave generated due to an earthquake on the sea floor.

On an outline map of India, mark the following.
i) Tropic of cancer .
ii) Standard meridian of India  .
iii) State in which you live .
iv) Andaman Islands and Lakshadweep Island .
v) Western Ghats and Eastern Ghats . 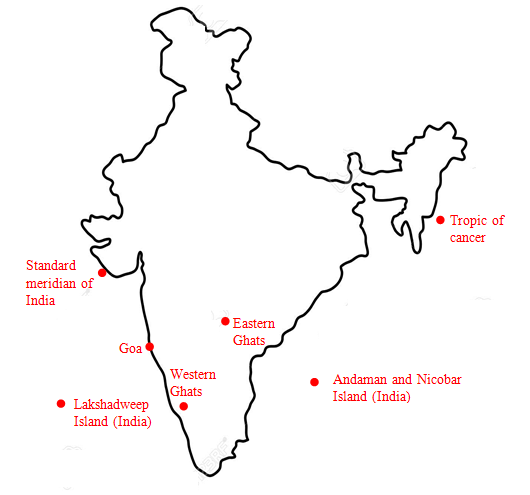